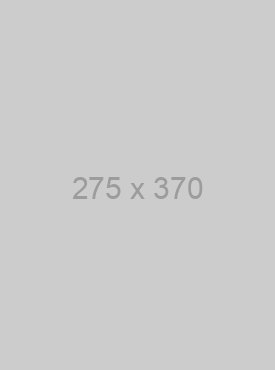 Keith Howard, Assistant Commissioner of the Sidewalk Inspection Management Division and Adjunct Professor at City University of New York, Queens College, has dedicated 26 years of his professional career to public service. Keith Howard has held various positions within New York State Government. From former Special Investigator for the Joint Commission on Integrity in the Public School for the Mayor's Office to Special Fraud Inspector with the NYC Department of Consumer Affairs, he has lead a life of public service to our communities. He has also held the positions of Chief Investigator with the NYC Police Department and Civilian Complaint Review Board and Deputy Director and Assistant Commissioner of the Advocate's Office Disciplinary Unit with the NYC Department of Transportation. While his education and career are priorities in his life, there is definitely more layers to who Keith is. As a child, he was taught the importance of service to the community, so in the summer of 2002, Keith started a non-profit business called "Harlem Group". The Harlem Group sponsored health fairs with government agencies and community-based organizations in the Bronx, Brooklyn, and Staten Island. In collaboration with Health Plus Incorporated, The Harlem Group successfully enrolled over 100 families in free health care programs underwritten by the New York State Government. As a member of Alpha Phi Alpha, the first Black Fraternity to exist, Keith has seen the need to build on the fraternity's' commitment to community service by also creating a non-profit organization called Servants Of All (SOA). For the past seven year, SOA has escorted over 700 underprivileged high school and middle school aged students on college tours. The goal of the tours is to bring college awareness to students who may not have the resources or access to visit college campus across the country. Keith is a father of two and alumni of John Jay College where he was awarded his Bachelor's Degree as well as his Master's Degree in Public Administration. Keith was also awarded John Jay College's Distinguished Service and Outstanding Student Leader Award and John Jay’s first Distinguished Service Award for a graduate student

Brandi Renee Womack – Vice-Chair of the Board

Brandi Womack currently serves as the Director of Operations for Harlem Village Academies Leadership charter. She earned a Bachelor of Science in Business Management from Howard University in 2007. In 2008, Brandi transitioned from Event Marketing at US Concepts to Education Marketing Manager for Score! Educational Center (Kaplan) and Blue Nile Rites of Passage youth program, to follow her passion in education. She went on to become program director for Blue Nile Rites of Passage, helping to shape and develop girls ages 12-16. In 2010, Brandi pursued her Master of Public Administration from New York University Wagner Graduate School of Public Service and graduated in 2012. While in graduate school, Brandi became an Education Pioneer Fellow, where she did research and development for a teacher resource website called ReadWorks. After completing her fellowship, she went on to become Operations Manager for New Classrooms (Teach to One), an education tech company.

Arri Burrows – Treasure of the Board

Arri Burrows is a Vice President at Jefferies LLC in New York, NY. Mr. Burrows joined Jefferies’ Not-for Profit Infrastructure Banking division in 2011 and provides syndication, investment banking and advisory services to issuers of municipal bonds across the United States. Since 2011, Mr. Burrows has participated in over $20 billion of lead or co-managed capital market transactions. These financings served as the backbone for some of the largest infrastructure projects in recent history, including the New NY Bridge, the construction of the Second Avenue Subway line in New York, and providing clean drinking water through financings for the Office of the Mayor of New York City. Mr. Burrows also works on corporate infrastructure initiatives and recently led over $400 million of stadium financings for the New York Jets. Prior to joining Jefferies’ infrastructure team, Mr. Burrows gained exposure to Corporate America as an Associate at PricewaterhouseCoopers LLP, in the Industrial Products Assurance Practice, providing audit, operational, due diligence and transactional support services to Fortune 500 companies across the United States. In addition to his professional pursuits, Mr. Burrows is actively involved in the New York City civic community. Mr. Burrows serves as Vice President of the New York City chapter of the Elmira College Alumni Association, where his primary focus is on mentoring students and recent graduates entering the job market. He is a Member of the Municipal Forum of New York and volunteers through the Urban Leadership Fellows Program, which introduces underprivileged New York City high school seniors to the world of investment banking. Further, Mr. Burrows has served as a Member of the Young Audience Council of the Chamber Music Society at Lincoln Center, the goal of which is to promote chamber music and the arts to young adults in the Tri-State Area. Mr. Burrows currently serves on the Board Member for the Young Patrons of Lincoln Center and works closely with full time Lincoln Center staff on strategic initiatives to engage younger audiences and expand Lincoln Center’s education and outreach efforts, particularly for disenfranchised students. Mr. Burrows is also a board member of Bahamas Artists Movement (“BAM”) which focuses on international arts education and collaborates with existing arts schools in the United States. Mr. Burrows has passed the Certified Public Accountant (CPA) Examination, is FINRA Series 7 and 63 licensed and holds a Bachelor of Science Degree in Economics, Accounting & International Business Management.

Glenton Davis currently works in the Worldwide Partner Group at Microsoft, where he is responsible for helping accelerate digital business growth for Microsoft's global ecosystem of partners. Mr. Davis began his career at J.P. Morgan, where he worked as an Investment Strategy analyst for the Chief Investment Officer of J.P. Morgan Global Asset & Wealth Management. Mr. Davis left Wall Street for the music industry and social entrepreneurship in 2009 after independently releasing a pop album that achieved acclaim on the Canadian pop charts and founding an arts education nonprofit, Soul Pop U, Inc. Mr. Davis briefly returned to the private sector in 2012 as an executive recruiter for RSR Partners before attending Northwestern University in 2013. He graduated from the institution in 2016 with a Master's of Business Administration from Kellogg School of Management, and a Juris Doctor, cum laude, from Northwestern Pritzker School of Law. Mr. Davis also holds a Bachelor of Arts degree in Economics from Yale University.

Shyah Dickerson began working at Boys & Girls Clubs of America in 2013. She is responsible for engaging celebrities and entertainment properties to provide unique experiences for Club members; and securing fundraising, and brand awareness opportunities for local Clubs and the National office. Prior to moving to Atlanta, Shyah worked in the entertainment industry in New York City. She has worked directly with celebrities and public figures in developing their philanthropic platforms. With experience in celebrity procurement, marketing, transformative learning, and personal coaching Shyah aims to use these skills for the betterment of humankind, she has a special interest in the development of young people and teens. Shyah attended Howard University where she majored in Public Relations and Sociology.

Logan Hasson is a software engineer in New York City currently working at Sidewalk Labs, an Alphabet company with a mission to help cities solve their largest problems. At Sidewalk, Logan is on a team of technologists, clinicians, and policy makers working towards spinning up a healthcare company that will provide best in class care to patients with Medicare and Medicaid living in underserved neighborhoods across the city. He's building a software platform that will empower primary care physicians, nurses, social workers, in-home community care workers, and all other members of patients' care teams to manage the medical and social aspects of healthcare delivery. Previously, Logan worked at Flatiron School, a coding bootcamp, where he developed innovative tools that gave students an engaging, community-driven education in person and online. Prior to his work as an engineer, Logan was a 6th grade English/Language Arts teacher in the Bronx, NY. A classically trained violinist, he briefly attended a conservatory in Switzerland before graduating from Duke University with a B.A. in English.

“When you can do the common things of life in an uncommon way, you will command the attention of the world.”